Memorial Candle Tribute From
Lougheed Funeral Home
"We are honored to provide this Book of Memories to the family."
View full message >>>
In Memory of
Maurice Hervé
Quenville
1939 - 2018
Menu
Send Flowers
Plant a Tree In Memory of Your Loved One
Click Here 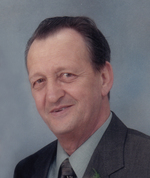 This was a guy who lived life. A trend setter too. Maurice brought his RV to my parents’ 25th anniversary party in the late seventies so he would not drive home impaired. No one worried about that stuff in those days.

He also had a way of making people feel special. Maurice brought his family to visit a forgotten relative who was institutionalized at an early age in Woodstock. Not just once but many times. I lived in Woodstock while Aunt Josephine was still alive and she would almost tear up each time she talked about Maurice. He was her hero.