To share your memory on the wall of Jennie Delvecchio, sign in using one of the following options:

DELVECCHIO Jennie (nee Hanchuk) — It is with profound sadness that we announce the passing of our beloved mother on Friday, February 19th, 2021 in her 87th year. Surrounded... Read More
Jennie Delvecchio
July 7th, 1933 – February 19th, 2021

DELVECCHIO Jennie (nee Hanchuk) — It is with profound sadness that we announce the passing of our beloved mother on Friday, February 19th, 2021 in her 87th year. Surrounded by her family, she passed away peacefully at Health Sciences North in Sudbury. Beloved wife of the late Eddie Delvecchio for 60 years. Loving mother of Donna Williams (Mark), Diane Delvecchio, Denise Wharton (Jonathan), and Daniel Delvecchio (Brenda). Proud Baba of Evan, Aidan, Larisa, Gianna, and Elizabeth. Predeceased by her parents Michael and Stella Hanchuk. Cherished sister of the late Willa Kowalyk (Dave), the late Mary Reynolds, and the late Michael Hanchuk (Judi). Daughter-in-law of Giovanni and Tersilla Delvecchio both predeceased. She was a dear sister-in-law of Desolina Ciotti (John), Nello Delvecchio (Amelina), Diana Tomassini (Dolph), Eda Barsanti (Earl), Terry, (Bernice), Ermo (Rina), and Anna Barsanti (Earl) all predeceased. Beloved aunt of many nieces and nephews and loved by the many fur-babies she spoiled (late) Riley, (late) Lucky, (late) Bella, Diego, Luca, and Zoli. Jennie will be fondly remembered by many family and friends as a thoughtful and generous soul who never forgot a birthday and never let anyone leave without a second helping of her wonderful cooking. Although tiny in stature, she remained a beacon of strength for her family through the toughest of times. Donations in memory of Jennie to ARCH Hospice, St Mary’s Ukrainian Church in Sault Ste. Marie or the Sault Ste. Marie Humane Society would be greatly appreciated. A celebration of Jennie’s life will be held at a later date to be announced. Special thanks to Dr. Theresa Mirka for the care and compassion she provided for Jennie and her family. Arrangements entrusted to the Jackson & Barnard Funeral Home. For donations or messages of condolence www.lougheedfuneralhomes.com.
Read Less

Consider providing a gift of comfort for the family of Jennie Delvecchio by sending flowers.

We encourage you to share your most beloved memories of Jennie here, so that the family and other loved ones can always see it. You can upload cherished photographs, or share your favorite stories, and can even comment on those shared by others.

Posted Mar 03, 2021 at 09:42pm
To: Donna, Diane, Denise, Daniel & families
So very sorry to hear of the loss of your mother. Jennie had a great sense of humour and we always enjoyed chatting with her. Great pictures in the slideshow that brought back many memories for our family. A donation has been made to ARCH in the memory of your mother. Take care.
Sincerest condolences ,
Brian & Shelley (and the Klepatz family)
Comment Share
Share via:
AX

Posted Feb 25, 2021 at 09:03pm
To my moms beautiful cousins , care of Diane in Sudbury,
ironic, as I was just telling HSN , and our nurse my cousin
Diane works her magic in Sudbury , and MAJIC is " Auntie Jennie"
BEAUTIFUL SOUL,
we called her respectfully. As I embrace the most beautiful pictures
of my moms family in such a graceful tribute . Remarkably , I see my
mom , in these pictures , such a beautiful lady , such beautiful kids,
forever in my heart , cousins Laurie, Carm and Carm Sr. xo
My thoughts, prayers and tears , Vichnya Pamyat , Hanya Amin xo
Comment Share
Share via: 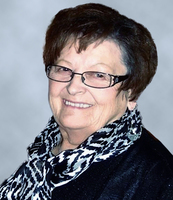 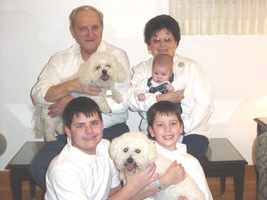 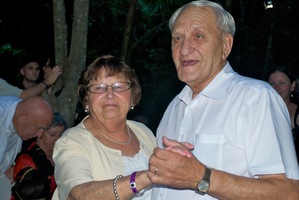 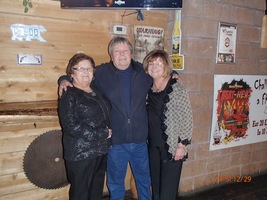