To share your memory on the wall of Boleslaw Rutkowski, sign in using one of the following options:

Donations are being accepted for:
THE NORTHERN CANCER RESEARCH FOUNDATION Neo Kids Foundation

Consider providing a gift of comfort for the family of Boleslaw Rutkowski by sending flowers.

We encourage you to share your most beloved memories of Boleslaw here, so that the family and other loved ones can always see it. You can upload cherished photographs, or share your favorite stories, and can even comment on those shared by others.

Posted Jan 20, 2021 at 05:28pm
You will always remain close to my heart. Will especially miss you on my birthdays when you never missed a year after the passing of Mary. RIP Wujek

Posted Jan 14, 2021 at 09:15pm
On behalf of my wife Jolanta and myself condolences to the Rutkowski family. We were both very saddened to hear of his passing. We have been members of St Casimir's parish for many years and would see Boleslaw regularly. We were so impressed to see his dedication as an alter server well into his late 90's. He was very proud of his Polish heritage. I talked about him to my students at St Charles College, telling them about his faith and dedication and what an inspiration he was. May he rest in peace. He definitely made the Polish community proud.
Mike and Jolanta Fabiilli
Comment Share
Share via: 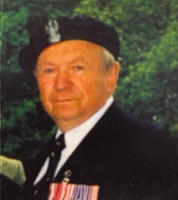 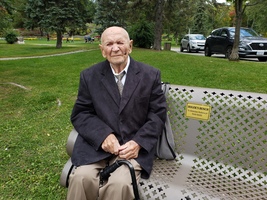