To share your memory on the wall of Janet Tait, sign in using one of the following options:

Print
It is with deep sadness and sorrow our family announces the quiet passing of
Janet Tait at Falconbridge Extendicare on the evening of June 5 2021.

Born February 1, 1925 in Stirling, Scotland. Janet was the youngest and last survivo... Read More
It is with deep sadness and sorrow our family announces the quiet passing of
Janet Tait at Falconbridge Extendicare on the evening of June 5 2021.

Born February 1, 1925 in Stirling, Scotland. Janet was the youngest and last survivor of 12 siblings. She married John Gardner Tait (predeceased May 6, 1980) in Stirling on August 4 1950. Together they would immigrate to Canada in 1956; bringing their 2 young daughters Maryrose and Jane (Brent Lanktree). They would settle in Garson, ON and later expand the family to include Margaret, John (Patricia Montpellier) and Helen (Robin Billings). Janet leaves behind 6 grandchildren, 4 great-grandsons and numerous nieces and nephews in various parts of the world.

Janet worked for the Sudbury Board of Education for numerous years and retired
in 1990. She was a proud member of the Catholic Women's League at St John the
Evangelist Church in Garson for over 60 years and a lifetime member of the
Nickel Centre Seniors.

Janet was a perfectionist when it came to her knitting which was a major part
of her life and work ethic. She later in life became an avid curler and bowler;
accumulating many awards. She also enjoyed playing a fair game of cards.
The last few years became hard and difficult on Janet and unfortunately required
her to retire to Falconbridge Extendicare. Here the angels disguised as nurses, RPNs,
PSWs, Activity artists and dozens of others would fall in love with her; each in their
own way. The family would like to extend our deepest gratitude to each of them.

Following cremation, the family will arrange a religious ceremony at a later date when it is safe to gather and celebrate her life. In lieu of cards and flowers donations can be made to the Falconbridge Extendicare Activity Department in memory of Janet.

Print
A Celebration of Life will take place at a later date.

We encourage you to share your most beloved memories of Janet here, so that the family and other loved ones can always see it. You can upload cherished photographs, or share your favorite stories, and can even comment on those shared by others.

Posted Jun 11, 2021 at 08:51pm
Growing up on William Street in Garson in the 60’s & 70’s Mrs. Tait was a legend. A time when the village really did raise the children. I admired and respected her energy, wisdom and tenacity. If you got a good tongue lashing from her as a child, that meant she cared. I can tell you that afterward you did better to avoid another. She was feisty and kind. A genuine person who raised five wonderful human beings. It was an honour to have known her. I’m sure there’s a long awaited reunion happening up in heaven 💕

Posted Jun 10, 2021 at 05:42am
I remember her well. Went to school with Mary Rose and Jane. My mom loved her very much and when I grew up and moved away she always one of the first people I would see and get a hug from at church. What an great caring and loving person she was and the angels in heaven better watch out.
In loving memory
Linda Palmer
Comment Share
Share via:
J

Posted Jun 09, 2021 at 03:11pm
My heart is breaking for your family. I was the ‘cab’ driver for my mom Joyce Latendre and assorted friends for Falconbridge Legion fish fries, Seniors Club parties, suppers, and teas. One of my favourite memories is having my mother in the passenger seat up front with Janet and Trudy K in the back. All three were talking at the same time...not sure anyone was listening. Just for fun, I was powering the windows up and down and no one seemed to notice! Janet always had something to say and most times made me laugh. Will miss her.
Comment Share
Share via: 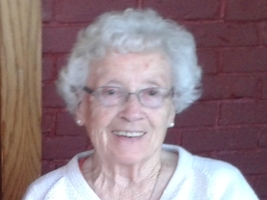