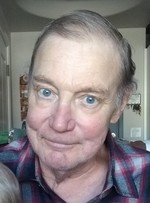 Ronald Liinamaa
It is with great sorrow that the Liinamaa family announce the passing of Ron Liinamaa on April 18th, 2021. Beloved husband of Edith Liinamaa, they were married for 45 years. Ron was born January 19, 1954 to Arthur and Claire Liinamaa (nee Penstone) both predeceased. Beloved brother to Christine Osmond(Lee), Arvi Liinamaa(Jackie), and Carol Skanes(Terry). He is greatly missed by his children, Robert Liinamaa(Shelby), Kristel Liinamaa(Justin) and Tracy Rautiainen(Simo). He had a special place in his heart for his grandchildren Alex, Brayden, Austin, Noah, Alex, Lucas, Teijo and Kirian, all of whom loved him deeply. He will be missed by all of his family, including the four-legged members.
Ron worked for the City of Greater Sudbury as a Plans Examiner before retiring. He loved the outdoors and his garden. He especially enjoyed growing everything from seed, a passion he inherited from his mother.
Memorial donations made to the Cancer Society, The Ontario Federation of Anglers and Hunters, the Arthritis Society or a charity of your choice would be appreciated by the family. Arrangements entrusted to Sudbury Park Lawn Cremation Services.