To share your memory on the wall of Edna Widdifield, sign in using one of the following options:

As the bagpipes played on, Edna peacefully passed on Sunday, January 10th, 2021 at Pioneer Manor in Sudbury.

As the bagpipes played on, Edna peacefully passed on Sunday, January 10th, 2021 at Pioneer Manor in Sudbury.

Edna was born and raised in Charlton, Ontario where she met and married Lloyd. They eventually settled in Temagami. Following the untimely death of her husband, Edna remained in Temagami to raise their young family. Her strong community spirit kept her actively involved in many community groups and associations such as the Royal Canadian Legion, United Church, and the Seniors Group, until she moved to Pioneer Manor in Sudbury in 2014.

Blessed with an amazing green thumb, Edna took advantage of every opportunity and space to cultivate and nurture additional plants and flowers both inside and outside her home. She could generally be found toiling in her beautiful flower gardens. Her door and home were always open where a pot of tea plus plentiful baked goods were offered when anyone dropped by for a visit.

As cremation has already occurred, a celebration of life will take place at a later date. Following the celebration, Edna will be placed to rest with her late husband Lloyd in Charlton.

In lieu of donations, it would be appreciated if family and friends keep Edna’s gardening legacy alive by supporting local nurseries to help create a lasting memory of Edna in their own gardens by planting trees, perennial flowering plants or a garden structure. Arrangements entrusted to the Jackson & Barnard Funeral Home. For messages of condolence www.lougheedfuneralhomes.com.
Read Less

We encourage you to share your most beloved memories of Edna here, so that the family and other loved ones can always see it. You can upload cherished photographs, or share your favorite stories, and can even comment on those shared by others.

Posted Jan 21, 2021 at 11:57am
A living tribute to a beautiful soul who has left a lifetime of memories on my heart Strength, Love and Peace to you, Sue, and all the family

3 trees were planted in the memory of Edna Widdifield

Posted Feb 02, 2021 at 04:50pm
So sad to hear of the passing of Edna. She was such a nice lady.
We lived on the same street as her in Temagami and when she was out walking she would always take the time to stop and chat. She always kept her place immaculate and her flower gardens were always beautiful.
Our condolences to the family for the loss of their mom.

Posted Jan 20, 2021 at 02:08pm
To Edna's family. I had the joy and pleasure of knowing Edna when I worked in Temagami in the 1980's, and learning of her family connections in Charlton. She had such a deep faith, a wonderful sense of humour, and calming presence. I am so sure that she will be missed, but remembered fondly by all who knew her.
Comment Share
Share via: 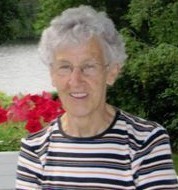