To share your memory on the wall of Gerrit Hunink, sign in using one of the following options:

Print
In Loving Memory
of
Gerrit Jan Hunink
86 Years
With many tears and heavy hearts, the family announce his peaceful passing on January 15,2021 at his home with loving family at his side.

Gerrit has now been reunited... Read More
In Loving Memory
of
Gerrit Jan Hunink
86 Years
With many tears and heavy hearts, the family announce his peaceful passing on January 15,2021 at his home with loving family at his side.

Gerrit was born on a farm in Bredevoort, Netherlands. He was the youngest son. Gerrit immigrated to Canada at the age of 18 to the small rural town of Beamsville. Gerrit worked in construction and in 1956 he joined the Canadian Armed forces. He was a trained paratrooper and gunman. He was honorably released in 1959 and joined the militia and trained new recruits. Gerrit was very instrumental in raising funds for the purchase of land and buildings for the Beamsville-Vineland Legion Branch 612. He was on the first executive board. Gerrit was very active in the community and coached hockey and soccer. Gerrit worked as a milk man, bartender and a supervisor for the Ministry of Transportation on the bridge crew in Winona. Gerrit transferred to Sudbury in 1986 with the Ministry of Transportation and purchased a hobby farm in Hagar and retired there. Gerrit was an avid gardener and loved the simple life on his farm.

A very special thank you Gerrit's niece Marylou and her husband Rob Hargan who supported and cared for our father when he moved into Sudbury from the farm at the age of 78.

A private family burial will take place later.
In lieu of flowers, donations to the Arthritis Society would be appreciated.

Donations are being accepted for: THE ARTHRITIS SOCIETY-LA SOCIETE D'ARTHRITE.

Consider providing a gift of comfort for the family of Gerrit Hunink by sending flowers.

We encourage you to share your most beloved memories of Gerrit here, so that the family and other loved ones can always see it. You can upload cherished photographs, or share your favorite stories, and can even comment on those shared by others.

Posted Jan 20, 2021 at 05:24pm
Jan, I never met your father but I feel like I know him through your stories and memories. He lives in you, always. With prayers Silvana&Jeff Gilbert

3 trees were planted in the memory of Gerrit Hunink 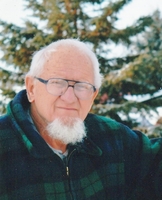