To share your memory on the wall of Ronald Kanerva, sign in using one of the following options:

Suddenly, Wednesday evening, October 7th, 2020. Beloved husband of Melanie (nee Jelenic) Kanerva.
Loving father of Eric (Riita), Donna, Myrna, Elaine (Urban) and Marc and their mother Mary Kanerva. Will be sadly missed by his 9 grandchildren. His loving little canine buddies Bling, Nina and Isla will miss him dearly. Son of Andy and Evelyn (nee Hildebrant) Kanerva both predeceased. Dear brother of Bob (wife Anna predeceased), Ray (wife Judy), Carol (husband Nelson Conroy), Allan (wife Tara) and Cathy (husband Bob MacDonald). He will be fondly remembered by his many nieces, nephews and cousins. An extraordinary man and an extraordinary life. Ron was an honours graduate of the university of real experience. He grew up in his beloved Gatchell, where he developed skills that would serve him well for the next 8 decades. Ron had an innate ability to see how things worked and an imagination to build amazing new machines, seen in the patents he registered. He always kept a strong relationship with speed, as a young man dominating the racetrack and then in later years as an avid fan of NASCAR. Ron was a successful and dynamic businessman. He saw the importance of the environment with a waste removal company, he opened his iconic “The Shop”, building a fantastic reputation. His organization unbelievably sold the most snowmobiles in the world. Ron and the shop went on to develop the number one Harley Davidson outlet which he proudly ran till retiring. His legendary energy kept him active in his senior years owning and operating Sudbury’s first rim refurbishment business. Ron was the master storyteller, the conservative champion, the eloquent debater, the caring community leader and the man who understood the true value of family. His legacy of love, commitment and laughter will live on in the hearts of all who had the honour to touch his life.

A celebration of Ron’s life to be determined at a later date. Cremation at Park Lawn Crematorium, Sudbury. Donations in his memory to St Joseph’s Continuing Care would be greatly appreciated.
(ARRANGEMENTS ENTRUSTED TO THE JACKSON AND BARNARD FUNERAL HOME)
For donations or messages of condolence, www.lougheed.org
Read Less

Donations are being accepted for: St. Joseph's Continuing Care Centre of Sudbury.

Consider providing a gift of comfort for the family of Ronald Kanerva by sending flowers.

We encourage you to share your most beloved memories of Ronald here, so that the family and other loved ones can always see it. You can upload cherished photographs, or share your favorite stories, and can even comment on those shared by others.

Posted Oct 14, 2020 at 04:12pm
Melanie I was so sad to hear that Ron passed away. From our conversations at the court house I knew the love and support you had for each other and how you cared for him when he had difficulty doing it himself. I was advised by a person that he told him he could never have completed all the updates in his business without your contribution. I remember how you described his love of your dogs but also when he did not know the difference between the washer and dryer. He can never be replaced but you have many memories and the knowledge that you were always his first love.
Elizabeth Gray
Comment Share
Share via:
NM

Posted Oct 14, 2020 at 08:35am
Melanie, we feel your loss of such a great partner and community member; there is certainly a legacy of a life well lived by a business man and mentor to so many. Take care of yourself and enjoy your memories of Ron and your time together. Much love from the McChesney clan.
Comment Share
Share via:
KL

Posted Oct 13, 2020 at 10:52pm
Melanie, my deepest condolences to you and your family. My thoughts and prayers are with you during this difficult time.
Kathy Maisonneuve Leroux
Comment Share
Share via:
ST

Melanie: I know your loss is great. I am so sorry. Although life didn't afford me many opportunities to converse with Ron, each time we did chat our conversation was upbeat, humorous and very enjoyable; but more so, there was always that little grin. When I think of Ron, I will always remember that little grin. May time lessen your deep sorrow, but may your wonderful memories remain and bring you comfort. Stan Thomas
Comment Share
Share via:
P

Posted Oct 11, 2020 at 12:44pm
Melanie Suzie and l are saddened by the news. In the company of you and Ron we saw the bond you shared. Mel knowing you over the years l’ve witnessed you reaching out to many in times like this. I truly want you to understand how much we mourn your loss. I always appreciated Ron’s way of “Rough on the outside “ “ Soft in the middle”. It was always a refreshing testament of character. I wish times were different so we could be in your company to share your loss and provide some comfort in any small way we and others could. I will always remember your “Pop in” visit in the Sault. It just left such a nice taste for us and Suzie’s family. Although tardy in hearing the news we have you in our thoughts. A tough loss for “A special girl” of “A special guy” Rest In Peace Ron. Sincerely Paul and Suzie
Comment Share
Share via: 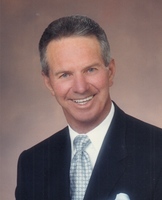