To share your memory on the wall of Petro "Peter" Bilynskyj, sign in using one of the following options:

It is with heavy hearts that we announce his passing at St.Josephs Villa Monday, March 23rd, 2020, at the age of 93 years. He was a kind and very generous man, who will be missed by all who knew him. He is predeceased by... Read More
Bilynskyj, Peter

It is with heavy hearts that we announce his passing at St.Josephs Villa Monday, March 23rd, 2020, at the age of 93 years. He was a kind and very generous man, who will be missed by all who knew him. He is predeceased by his parents and siblings, and his dear beloved Estelle Gazzola. He is survived by his nephews Ihor and Evgen Bilynskyj who live in the Ukraine. Dear friend of Gina and Phil Charbonneau as well as Estelle’s family. Peter immigrated to Canada and was born in Holohory in the Ukraine. He was a retired welder from Vale. He enjoyed his camp in Killarney, dancing and walking, in his healthier years. His courage in the face of his adversity was an inspiration to many. We appreciate and would like to thank all of the help and support that he received from staff and friends who cared for him while he lived at The Walford Retirement Home and at St. Josephs Villa. A special thanks to all of his nurses and personal support workers, especially Nicole and Misty. Under the current circumstances, a Memorial service will be held at a later date to be announced. Donations to a charity of your choice would be appreciated. Arrangements entrusted to the Jackson & Barnard Funeral Home.
Read Less

Consider providing a gift of comfort for the family of Petro "Peter" Bilynskyj by sending flowers.

We encourage you to share your most beloved memories of Petro "Peter" here, so that the family and other loved ones can always see it. You can upload cherished photographs, or share your favorite stories, and can even comment on those shared by others. 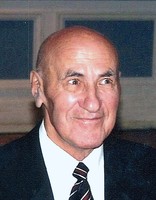 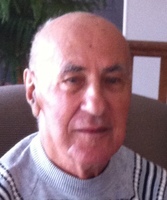