To share your memory on the wall of Robert Ghent, sign in using one of the following options:

It is with deep sorrow that the family announces his passing on March 16th, 2020 at the age of 87 years, due to Parkinson’s Disease. Robert is survived by his wife of 61 years, Helen (nee Epstein), children Marg... Read More
Dr. Robert Dalton Ghent

It is with deep sorrow that the family announces his passing on March 16th, 2020 at the age of 87 years, due to Parkinson’s Disease. Robert is survived by his wife of 61 years, Helen (nee Epstein), children Margaret (Pat), David (predeceased 1988), Stephen (Sue), daughter in law Sharon Kyle (Paul), grandchildren David, Rob (Samantha), Ian, Dalton, Denver, Lauren (Connor), and Ward, and great-grandchildren Jack and Jamie.

Robert was raised by his parents, Elsie and Newton Ghent, on a farm in Burlington, Ontario. He completed medical school at the University of Toronto in 1956 and came to Sudbury with his new bride to join the Sudbury Clinic. Robert’s practice of family medicine was very demanding, with the births of untold numbers of babies and tending to those in hospitals, nursing homes, and at times, underground, as well as at the office. He also travelled by train to Ramsay to treat those who worked at the lumber camps, and he very much enjoyed these mini adventures. After 35 years of practicing family medicine and 15 years of assisting in the operating rooms, Robert retired at age 75.

Robert was well-suited to life in Northern Ontario, being an avid outdoorsman who enjoyed fishing, hunting, and skiing. Winters included family ski trips to Nordic ski hill in Sudbury as well as many ski resorts all across North America. He coached in the Nancy Greene Ski League and volunteered for the CAA Northeastern Ontario. Robert’s life with Helen included world travel, and together they reached all 7 continents.

His farm upbringing provided him with the problem-solving and innovative skills that he applied to professional and personal projects. Robert was a builder and a tinkerer and he could fix just about anything. These skills came in handy as he and Helen built and renovated two water-access camps, one on Wavy Lake near Sudbury and the other in McGregor Bay. Perhaps his greatest gifts to his family, these legacy properties will continue to be shared with many loved ones and friends over the years to come.

Known as Dr. Bob, Dr. B., and KOD (Kindly Old Doctor), Robert was a hardworking, loyal, and devoted family man, physician, and friend. His dry sense of humour, keen intelligence and curiosity will be greatly missed by all who loved him. With gratitude and love, we will continue the magical ritual of late-afternoon saunas and beer, remembering the man whose drive, determination, and ingenuity resulted in many lasting gifts for his entire family.

The family wishes to extend a sincere thank you to the caring and attentive staff of Trillium wing at Pioneer Manor, the Parkinson’s Support Group, and Parkinson’s Exercise Group. A celebration of life will take place at a later date. In lieu of flowers, donations can be made to the Parkinson’s Society of Canada, Sudbury Theatre Centre, or a charity of your choice. Arrangements entrusted to the Jackson and Barnard Funeral Home. For donations and messages of condolence, www.lougheed.org.
Read Less

Consider providing a gift of comfort for the family of Robert Ghent by sending flowers.

We encourage you to share your most beloved memories of Robert here, so that the family and other loved ones can always see it. You can upload cherished photographs, or share your favorite stories, and can even comment on those shared by others.

Posted Mar 21, 2020 at 06:33pm
Dear Helen, I am so saddened to hear of this news. Sending you so much love. Please know that I'm thinking of you. We will have tea together as soon as we can. Kim
Comment Share
Share via:
PC

Posted Mar 19, 2020 at 10:06am
Dear Helen, Marg & family..heartfelt condolences .. may your memories sustain you all during this difficult time..in my thoughts & prayers.. Pina Castellani

Posted Mar 18, 2020 at 09:47am
To Helen Ghent and Family, Dr. Ghent brought my 2 son's into this world in 1974 and 1978. Dr. Ghent was a kind and caring doctor. Thank you for being my doctor way back when. RIP. My sincere sympathy to all his family. Janet St.Louis xoxo
Comment Share
Share via: 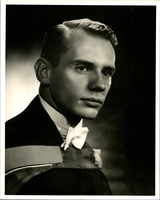