To share your memory on the wall of Raymond Chretien, sign in using one of the following options:

Memorial Visitation
at the
Jackson and Barnard Funeral Home
233 Larch Street, Sudbury
(Friends may call after 10am Thursday)

Memorial Service in the
R.J. Barnard Chapel
Thursday February 27th, 2020 at 11:30am
Cremation with interment in the family plot at Sudbury Catholic Cemetery.
Read Less

Consider providing a gift of comfort for the family of Raymond Chretien by sending flowers.

We encourage you to share your most beloved memories of Raymond here, so that the family and other loved ones can always see it. You can upload cherished photographs, or share your favorite stories, and can even comment on those shared by others.

Posted Feb 24, 2020 at 10:47pm
I had so many great times with Ray at the Sudbury Star. He had to have the greatest sense of humor known to mankind. Also a great worker and great pressmen and he loved his job so much and think he loved the people who worked there. To all of us he was like our grandfather and always there to help and make you smile. RIP my dear friend. 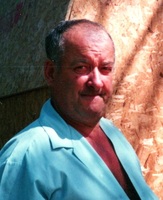