To share your memory on the wall of Gayle McLelland, sign in using one of the following options:

Provide comfort for the family of Gayle McLelland with a meaningful gesture of sympathy.

In lieu of flowers, donations to the HSN Foundation (Cardiac Care) or charity of your choice would be appreciated.
Read Less

Consider providing a gift of comfort for the family of Gayle McLelland by sending flowers.

We encourage you to share your most beloved memories of Gayle here, so that the family and other loved ones can always see it. You can upload cherished photographs, or share your favorite stories, and can even comment on those shared by others.

Posted Feb 13, 2020 at 03:04pm
Our condolences to the McLelland family. I had the opportunity to share in a few celebrations and family get-to-togethers over the years and saw first hand how proud Gayle was of her sons and extended facility. She left a lasting legacy.

Posted Feb 10, 2020 at 07:35pm
Our deepest sympathy to her family at this very sad time. We had a lot of fun in Florida At the pools and golf courses and at our Rumball gatherings at our house in Hagersville. Lots of love, Gerry and Rosalind Rumball
Comment Share
Share via:
NL

Posted Feb 10, 2020 at 07:03pm
It was Clearwater Lake that brought the Rumballs, Silvers, Levesques together for over 50 years. How we all cherished those years on that beautiful lake. Friends forever it seems and memories galore. I am thinking of all of you at this time and my sympathy to all. I call you each by name. Gayle was always there and so attentive to everyone. Peggy is uppermost in my mind with this news but I remember every last Rumball. How could we ever forget any of you. Sympathy to Dale Silver please. We swam together up and down that lake when life was slower and simpler it seems. My prayers and greetings to all. 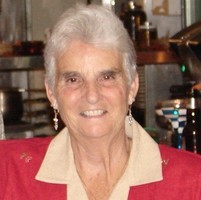