To share your memory on the wall of Andrzej Mrozewski, sign in using one of the following options:

Provide comfort for the family of Andrzej Mrozewski with a meaningful gesture of sympathy.

Born in Paris, Andrzej spent his youth in Holland, England and Poland. At the age of 12 he joined the Armia Krajowa (Polish Underground). In 1951 he emigrated to the Un... Read More
Andrzej Mrozewski
February 25th, 1930 – January 24th, 2020

Born in Paris, Andrzej spent his youth in Holland, England and Poland. At the age of 12 he joined the Armia Krajowa (Polish Underground). In 1951 he emigrated to the Unites States before moving on his own to Montreal. In 1954 he completed studies at the University of Montreal, the same year he married his wife Janina. The couple celebrated their 65 wedding anniversary this past August.
In 1960, after completing his library studies at the university of Ottawa, he worked as the Director of the Library at the College in Rouyn Noranda and then the University of Sherbrooke. In 1972 he obtained the Graduate School of Librarianship at the University of Montreal, and accepted the position of Chief Librarian at Laurentian University.
On his retirement in 1995 he catalogued the life of his father Stefan Mrozewski, an internationally accomplished wood engraver and painter.
Andrzej was heavily involved in the Polish Community. He joined the Polish Combatant’s Association Br 24 Sudbury in 1977 and was awarded Honorary Membership to the National Association. In the 80’s and 90’s he was Chair of the advisory boards for the Polish Combatant’s Association, the Canadian Polish Congress, and the Friends of Catholic University in Lublin Poland. For the last 10 years he was President of the Canadian Polish Congress Sudbury District. He was a long time supporter of St. Casimir’s Parish in Sudbury. For his military and civil service, he was the recipient of many medals from Poland and Canada and was twice recipient of the Queen’s Jubilee Medal.
Andrzej loved to travel, having driven at some time thru most of North America. A VW camper van the mode of transportation during the early 80's. Andrzej loved nature and all the beauty that was Northern Ontario. He was often called on to help others identify wild edible mushrooms, usually successfully.
He loved taking pictures, especially landscapes, his kids and grandkids sports activities, and archiving family moments.
He cared unselfishly for his wife during the past few years, a devoted husband until the end.
Age did not hinder his wit, worldly knowledge, and sage advice. He was fiercely proud of being Canadian and of his Polish heritage. For many of us he left too early.
Loving husband of Janina (predeceased on January 22nd), his children Andre (Bernadette), Monika (Eric Pahapill), Jasiu (Jennifer, nee Johnston), and grandchildren Matjash, Stefan, Tomasz, Andre-Michel, Aleksa, Stefan, Lucas, and Kristen.

Will rest at the Jackson and Barnard Funeral Home, 233 Larch Street, visitations Friday January 31st, 2020 from 2-4 and 6-8 pm with Legion ceremony with prayers at 7:30 pm, and Funeral Mass at St. Casimir’s Church, 210 Paris Street, Saturday February 1st at 10 am. Small luncheon to follow at the church hall.
In lieu of flowers, donations to the Kidney Foundation, St. Casimir’s Church, or the charity of your choice. For donations, or messages of condolence, www.lougheed.org.
Read Less

Donations are being accepted for:
Kidney Foundation St. Casimir's Church

Consider providing a gift of comfort for the family of Andrzej Mrozewski by sending flowers.

We encourage you to share your most beloved memories of Andrzej here, so that the family and other loved ones can always see it. You can upload cherished photographs, or share your favorite stories, and can even comment on those shared by others.

Posted Jan 30, 2020 at 07:15pm
I am very sorry about the death of your Father. Please accept my deepest sympathy.
Jan Zmyslowski with family
Comment Share
Share via:
SP

Posted Jan 27, 2020 at 11:47am
Hi Jash and family. We are so sorry to hear about your parents. I hadn't seen them is years but they were always so welcoming, and were wonderful people. Again, so sorry for your loss. Sandy Pink
Comment Share
Share via: 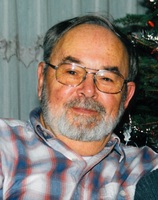 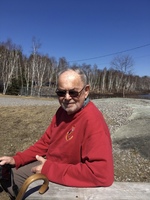 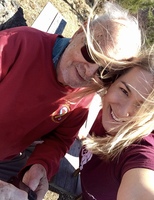 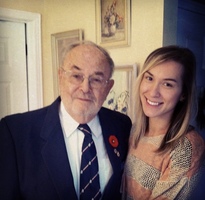