Memorial Candle Tribute From
Lougheed Funeral Home
"We are honored to provide this Book of Memories to the family."
View full message >>>
In Memory of
Lauri
Isomaki
1924 - 2014
Menu
Send Flowers
Plant a Tree In Memory of Your Loved One
Click Here 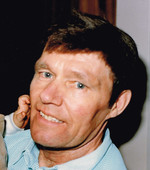 In loving memory of Lauri Johannes Isomaki. Passed away on Sunday August 24, 2014 at the age of 90. Predeceased by his wife Aune Vilhelmiina Isomaki (Vainio) in 1999. Son of Kaarle Oskari Isomaki and Ruusa Maria Rotola-Pukkilan. Father of Karl Johannes (Bernardine) of Sudbury and Taina Elizabeth of Calgary. Grand father of Ken Johannes, David Paul, and Sarah Anne (Tyler Dawson) all of Sudbury. Great grand father of Aubrey Margaret Dawson.
Lauri was born in Kauhajoki, Finland. He served in the Finnish Army. Of his 4 sisters and 4 brothers he alone immigrated to Canada in 1951 where he met and married Aune in 1954. Lauri worked primarily in the Forestry Industry as a cutter/feller. He made his home on Brenda Drive in Sudbury and would help and give his time to anyone that asked. His great sense of humour, and Finnish wit was evident to the end.

There will be no visitation. A grave side memorial will be held Saturday, September 6th, 2014 at 9:30am. Arrangements entrusted to the Lougheed Funeral Home.