Memorial Candle Tribute From
Lougheed Funeral Home
"We are honored to provide this Book of Memories to the family."
View full message >>>
Memorial Candle Tribute From
Helle Ilves
"Hardo, I will love you forever! Nagemisini. Suure armastusega, sinu ode, Hell"
View full message >>>
In Memory of
Hardo
Ilves
1946 - 2014
Menu
Send Flowers
Plant a Tree In Memory of Your Loved One
Click Here 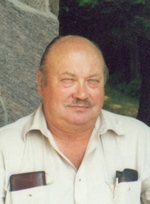 ILVES, HARDO MD. FRCSC. - Passed away peacefully at home on Sunday, January 26, 2014 at 67 years of age. Born in Rastede, Germany but of Estonian descent. Most beloved husband of Janet (Hughes) Ilves. Son of the late Richard and of the late Alvine (Mets) Ilves. Cherished father of Richard (Renee) of Sarnia, Andrew (Krista), Michael, and James of Sudbury. Dear brother of Riivo (Maie) of Picton, and Helle (Michael) of Toronto. Dear uncle to Katriina of Toronto, and Eerik (Katie) of Vancouver. Will be missed greatly by his granddaughters Emma, Elise and Brooke.
Attended UofT, obtaining a degree of Doctor of Medicine in June 1971. He was on the UofT varsity football team which won the first Vanier cup in 1965. Admitted as a Fellow to the Royal College of Physicians & Surgeons of Canada with a fellowship in General Surgery in 1977. He was a well respected general surgeon in Sudbury for 34 years. He was secretary of the medical staff at the Sudbury Memorial Hospital from 1984-87, VP of the medical staff in 1988. At the same time he was the Deputy Chief of Surgery at the Sudbury Memorial Hospital from 1984-88 and the Chief of Surgery from 1991-98. He also functioned on various other committees throughout his career.
He was an avid hunter and fisherman, where he shared many cherished memories and enjoyed the company of his wife, sons, and friends. He was on the committee for the Elk Restoration Project, and was a member of the Sudbury Game & Fish, Pheasants Forever and other wildlife preservation associations.
The family would like to thank Dr. Chow, Dr. DeBlacam, and Dr. Gill for their care. And a special thanks to Dr. Bill McMullen for his care, expertise and friendship. Many thanks to the staff at Health Sciences North for their care in 2013.
Visitation at Jackson & Barnard on Saturday, February 1, 2014 from 2 - 5pm. In lieu of flowers, donations to Pheasants Forever and Sudbury Special Olympics will be accepted.